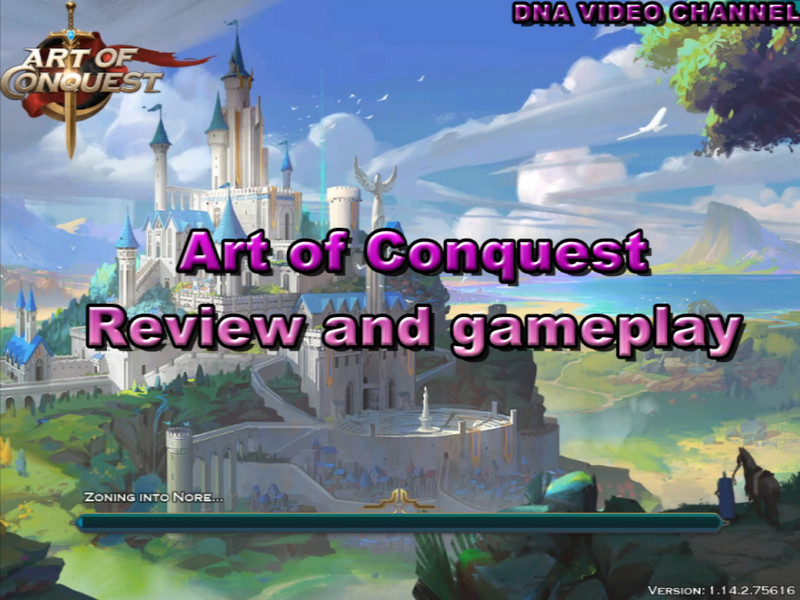 Review of: Art of Conquest

Innovative game in the strategic world.
Similar to HOMM but with some new features that make it unique in the genre.
It's quite pay-to-win, which does not allow it to reach the five-star.

Look for a strategy that will remember the beautiful turn-based strategy Heroes of Might and Magic of Ubisoft? Then read this article in which I’ll talk about Art of Conquest, a game that I found recently but which has impassioned me right away.

Was it the sultry heat that sparked in me a destructive desire, it will been the desire of good old days where i would send my heroes around the world to gain experience and fight mythical creatures; Anyway i was looking for some game that resembled HOMM, and i found Art Of Conquest.

Art of Conquest – Strategico turn based or real time?

For those who have played in the past to Heroes of Might and Magic, surely not define one real time strategy, but rather a strategic shift.

Art of Conquest, on this aspect is different than HOMM games of the series, eliminating the battles and turn-based game and making it a true real time where the only thing not in real-time is the tactical choice of troops and heroes to be sent into battle.

Before each battle, we have to choose the troops to be deployed and the heroes who will command them.

Each hero will ride only two troops, and to deploy a more robust military is necessary to have as many possible heroes. 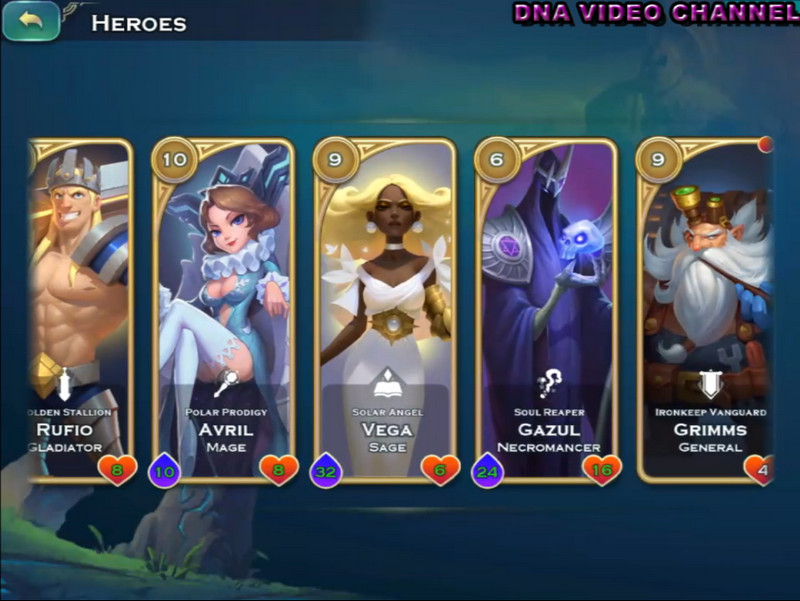 As you can see in the figure, at the moment I own five heroes, so I can deploy a maximum of ten units. 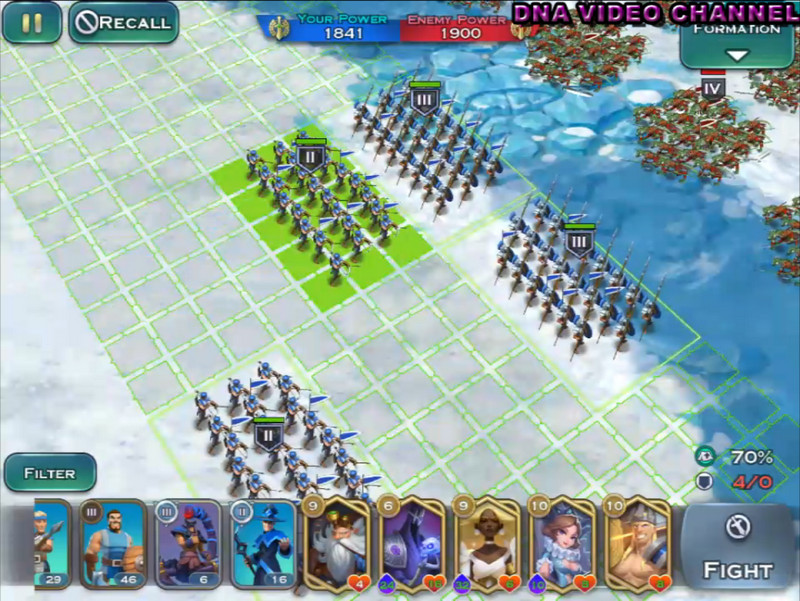 There is also a further difficulty to be considered.

Whenever a hero will be deployed, it will be consumed his point of resistance and will not be usable in battle, though his points reach zero.

In this case we have two possibilities, or wait for hours for their recovery.

Or we use the potions that restore some of the lives of our heroes.

You will understand that with this constraint, it is better to use less possible heroes in battles, or soon you will not be able to battle.

Fortunately these potions can be found during the game, protected by some npc enemies or in some well-defended dungeon.

Art of Conquest – The Game

The similarities to Heroes of Might and Magic are many in Art of Conquest.

First, the management of the map and movements.

Hero with the horse moving on the map in search of gold and materials for the expansion of your castle and the growth of your army.

The novelty in this case, is the choice of movements in real time and multiplayer.

In fact in Art of Conquest, there is no concept of motion in shifts, your hero will move on the map without having to wait for the next round.

On the map, we will also see the other players move, but it is an online game in all respects.

Another similarity is the management of the city.

Even in the Art of Conquest, you’ll have to raise the level of your buildings in order to acquire new types of troops and upgrades.

In this case, since there is the concept of “turn”, the resources will increase as time goes on and the buildings will have an effective construction time; usual as in many other similar games on playstore, this time can be reduced by special items that must be purchased with real currency. 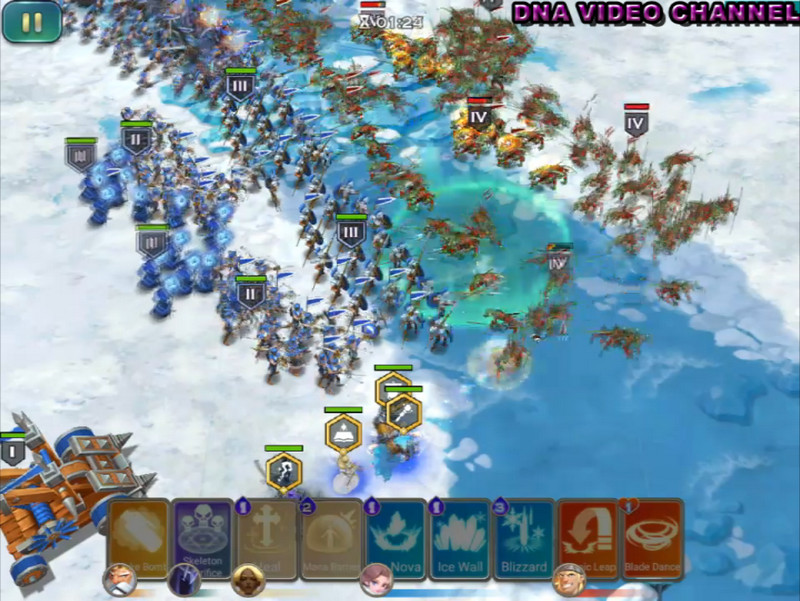 The battles are very excited and do not have the opportunity to decide the goal to attack or to move troops.

The only possibility offered to the player is the use of the skills that will have different effects.

It ranges from the care of its troops, the use of offensive spells like Blizzard Nova and the magician or even the Blade Dance the warrior and the resurrection of the necromancer.

With the game progresses, you will have the possibility to change the race to use.

It will begin with humans, later, with increasing your rank, you can choose the dwarves and undead.

The game also will include other races, however at the time of this writing the review, your choice of race falls only on these three.

Art of Conquest – The alliances and the wars

The real selling point of Art of Conquest is represented by the multiplayer, which differs from the simple direct confrontation with a real enemy.

In this game instead alliances and battles between kingdoms are the masters.

At the beginning of the game, your hometown is totally neutral and will not be subject to attacks by enemies.

On the one hand this can be pleasant, but your growth will be slowed down, and you can unlock more powerful heroes and troops only with much higher levels of the city.

As soon as you feel ready to enter the skirmish of allied battles, you will have to try to join one to be trying to move to a city conquered by one of them or join a city-free alliance and you will also have the honor to try to conquer some of them.

Just you’ll be moved to a new city, your goal will become a stronghold for those who want to conquer the city, which will be conquered by an enemy alliance only if all the members of your alliance will be removed from the city.

I do not know if you has the same effect, but this choice of play I liked a lot and be part of a united alliance is very important.

But it is not enough, not only are alliances, but also nations.

Each nation will have its own emperor with a lot of councilors, knights etc and some bonuses you can get them only if you will be able to win a proper title.

Art of Conquest is a breath of fresh air in the world of real-time strategy.

It has many similarities with HOMM, but even comes close to it in many ways, part of the innovations that make it a unique game.

The multiplayer is something exceptional, your growth is closely linked to the growth of your alliance and only a careful diplomacy and planning of the attacks can lead you to victory.

The only flaw I could find that forces me to not give the maximum of the votes is the usual pay to win.

In fact you can play without any problem even for free, but if you pay you will be certainly an advantage.

To download the game, here are the links to the Google Play Store and iTunes:

If you are looking for a guide that helps you in the choices of the game, here is my updated guide: Game Guide

Any feedback is welcome and subscribe to my pages and my youtube channel to keep you up to date with my latest articles.

Remember that each writing or sharing is for me one more reason to continue writing.

Although with a few days of delay, I wrote this article on the official release of Fire Emblem Heroes. These days I had the opportunity...