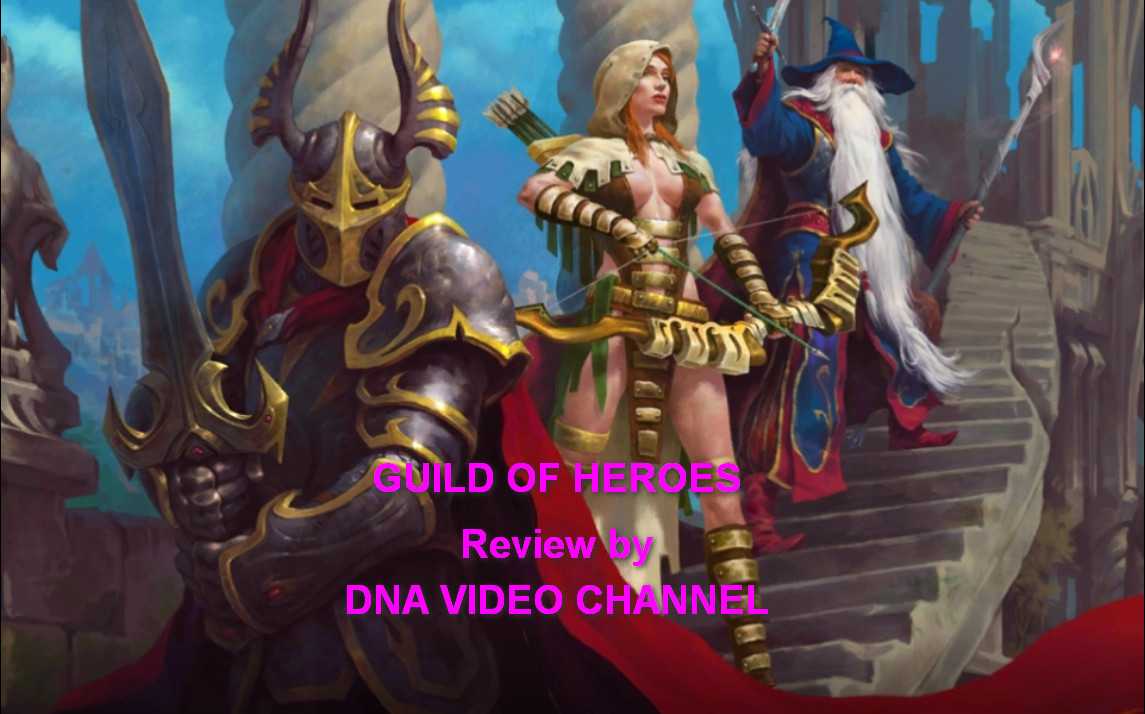 Review of: Guild of Heroes

Very attractive game with some aspects that Diablo remembers. Technically adequate though with the possibility of improvements is a game that RPG enthusiasts should try. The ability to play offline after starting the game, making it playable even with unstable connections.

Some time ago, looking for an RPG for the Android like Diablo, which had a great gameplay, which did not require hours to recharge points to handle missions and not tire after a few minutes of gameplay; I found the excellent role-playing game Guild of Heroes.

Guild of Heroes is a nice discovery that a few weeks ago to now is exciting me a lot.

Here is my video review and some gameplay moments:

In Guild of Heroes, you play as a wizard, a warrior or an archer.

The great thing about this game is the ability to change the class, simply wearing the weapon of the selected class.

A stick for the magician, a sword for the warrior, or a bow to the archer.

This will avoid having to start all over again in case you would like to try another class or have you noticed that the class you are playing, you do not like the most and want to try another.

Another peculiar feature of Guild of Heroes is the management of travel companions. 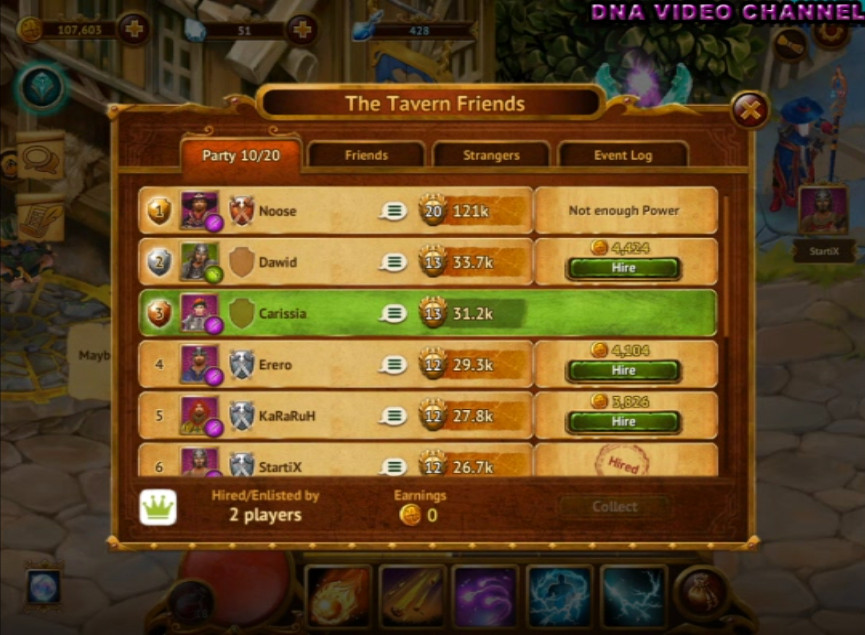 In the tavern, you can hire a friend to accompany you in missions.

The mercenary, when invoked, will accompany you throughout the duration of the mission unless you die first. 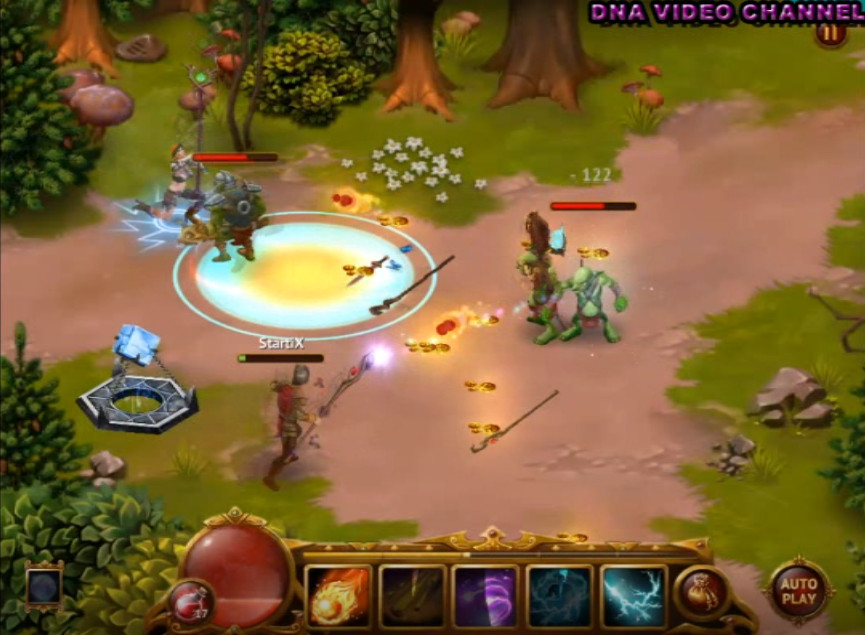 The mercenary will be crucial for dealing with the portals that occasionally occur during missions.

These portals generate a myriad of enemies ready to kill you, and in most cases, only thanks to the help of the mercenary you will be able to overcome them unscathed.

The money used for the recruitment will be used as payment for its services and will always be levied in the tavern.

Other important places to visit in the city are:

We leave the city behind and begin the adventure. 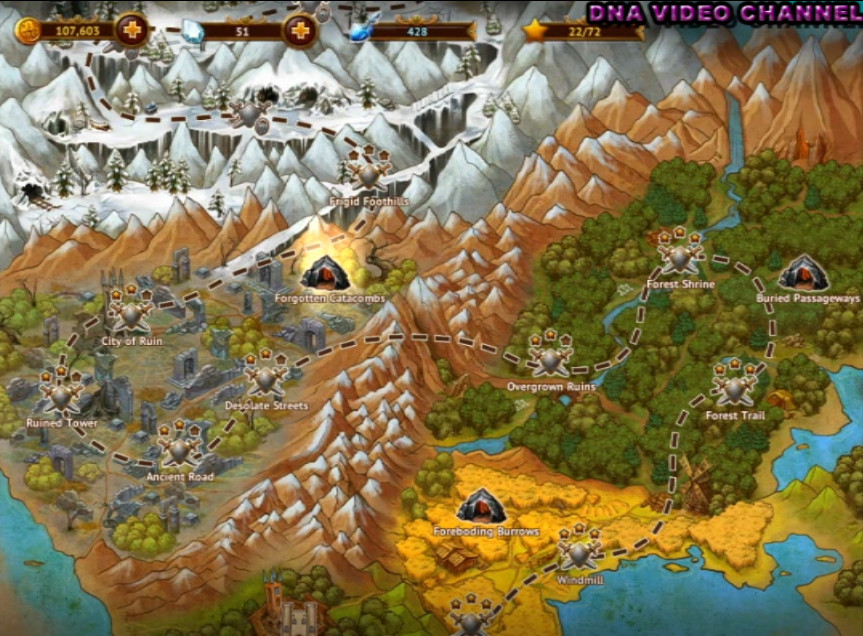 We can immediately notice two types of missions to deal with.

On the one hand we will have the classic missions for the advancement of history.

In this case, if we complete the area, we get rewarded with a star and a box inside of skills.

The stars will be useful to unlock the playing areas.

The other type of mission instead is the dungeon.

Access to the dungeon is only activated using the keys we can gain from adventure missions.

In fact, if we want to be precise, Guild of Heroes, it can not be entirely likened to Diablo, because it does not have the same breadth of the game environment.

In Diablo we had whole dungeons to deal with, always different and with a considerable depth.

In Guild of Heroes, instead, the different missions consist of some predefined screens, complete which ends the mission and wins the harvested loot.

However if we consider that Guild of Heroes is a game for Android, with a weight not very excessive in size of installation level with a well-tended technical aspect, I would say that we can postpone the vastness of the game environment.

Another point in favor of the Guild of Heroes is to be considered part of a playable game offline.

This is because, apart from the initial loading phase where server connection is required, the game is perfectly playable offline.

It is an aspect not to be underestimated for those who play me as they travel on the train or do not have a stable connection.

The only negative aspect that could nose the nose concerns the need to have to spend real money for those who might want to consider the game more than simply a pastime.

In particular, I would say that the main problem lies in the impossibility to earn gems during the normal course of the game.

Gems are either bought or earned by completing required actions such as downloading apps or watching video ads.

However my advice to fans of the genre is to download the game and try it.

It costs you nothing, but for me it is the urge to continue writing.

To the next time.

Are you pokemon lovers and would you never gamble with your favorite monsters? If your answer is yes, this article on the new game Fantasy...