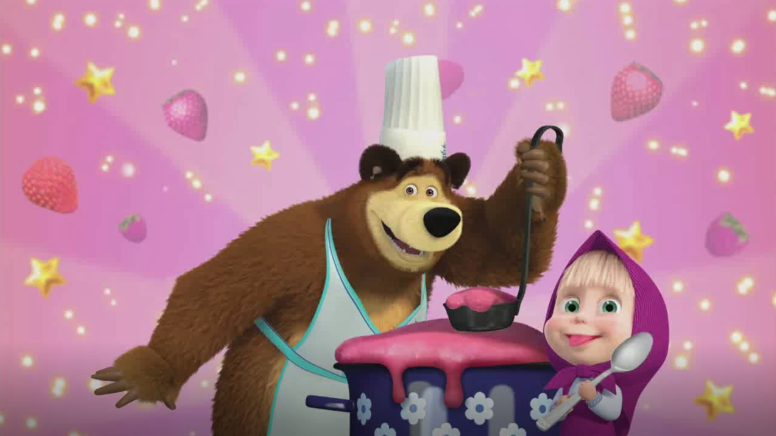 Cooking game inspired to the world of Masha and Bear.
Suitable mainly for the youngest.
Playable for free.

Hello and welcome back, after some time I get back in the games for the little ones Masha and Bear free cooking game.

Again, we talk about Masha of the famous animated series for children Masha and Bear.

This is my third article about this little brat, but i believe that is one of the most beloved characters from children (my daughter loves it, even if growing is adding other characters to his personal ranking).

To see a short video of gameplay, here is the link extracted from my YouTube channel:

Watch it with your children and watch their reaction.

As mentioned in this new game of Masha and Bear, Masha will be the cook of her forest animal friends.

The game is very simple and is suitable for a very small audience.

The actions to be accomplished are very elementary, and the good of the game is in the animations of the cardboard characters that will attract the children’s attention and will allow them to spend some time with their favorite characters.

As the levels will be overcome, new characters will be unlocked and the complexity of the level will be slightly increased, but always remaining in simplicity. 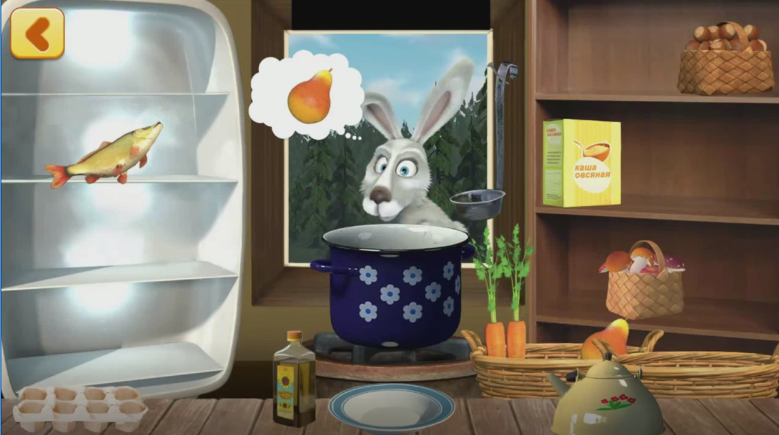 For example, as you can see in the figure, in this case we are a little more in the levels and with the quantities of ingredients to be used is increased compared to the first initial stages.

The characters that we will unlock, in fact, will ask for increasingly complex dishes.

At this stage, the action to be performed is the simple dragging an object required within the pot until the pet will not shift out of its requests, collect the “soup”, if you can call it, and give the plate to the aforesaid friend.

Of course, at the end of the meal, Masha will have to wash the dishes to complete her work and continue her adventure. 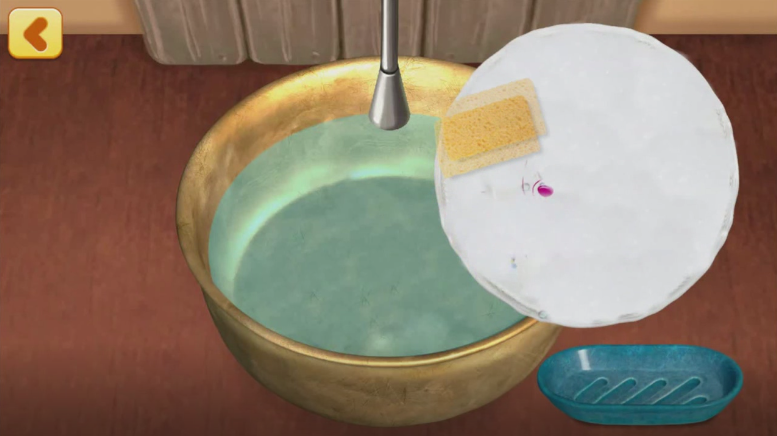 The game in question, compared to other reviewed games that have as protagonists Masha and Bear, until today, is the simplest but also the least complete.

But just because it is less dispersive than the others, it is also playable by very young children.

Update: Within a few months of the article’s publication, i have to make sure that all of Masha and Bear‘s games i’ve reviewed is the most appreciated.

Kids also really like seeing the different characters of the TV series Masha and Bear struggling with the kitchen, so I recommend it again if you want a game set in this series and entertain your very young children.

Tell me about it, share and subscribe to my pages or my Youtube channel to stay up to date and to give me the desire to keep the blog updated.