Today’s article will talk about the new Pokemon game for Android/IOS, which takes the name of Pocket Monster.

If until some time ago, we complained that the pokemon did not exist for Android or IOS platform, since last year with the Pokemon Go out, they have followed, on these platforms, a title after another.

For this reason I chose the title “Pokemon invasion”, as it is a real invasion of games that are based upon these lovely monsters.

Some of these titles are official, such as the game reviewed a few days ago Pokemon Magikarp Jump.

Other unofficial but well-made, two of which were reviewed by me some time ago, Fantasy Myst and Monster Park (SEA).

Pocket Monster falls into the category of unofficial pokemon games, in fact currently only downloadable as apk from their site:

If you can not download the game or if the link is no longer valid, please let in the comments, or go to the official page of the game:

It’s a closed page, so you must first make a request to enter.

According to developers, with Pocket Monster, they have tried to revive the experiences of old Nintendo games on modern devices with Android and IOS.

But let’s see it in detail, so we will evaluate it better. 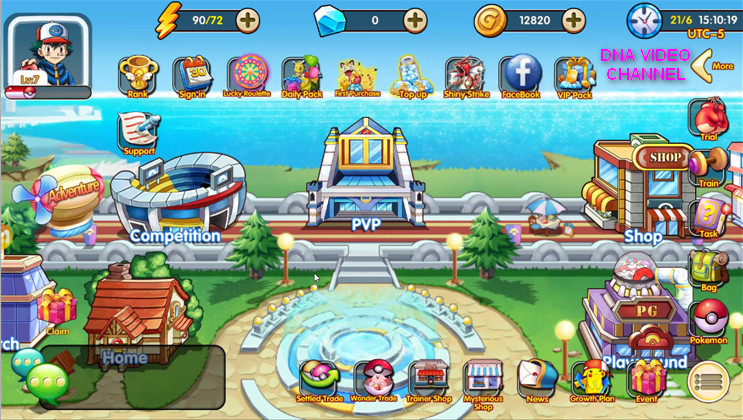 The game menu is represented by a city view with the buildings that you can visit right away or you’ll unlock with increasing level.

So if you want to see all aspects of the game you will need to roll up your sleeves and gain experience.

It must be said that the game was designed as usual with the energy, so for any action you will need to have available, otherwise you have to wait patiently.

In our bag we will take up to six Pokemon, as in most classic Nintendo games.

In fact, at the beginning of the game, we will have only three slots available and we will all have them and you are only at the thirty level.

Evolutions do not occur automatically at the level reached as in Nintendo classics, but we have to manually evolve them after reaching the required level and required requirements.

There is also the possibility of upgrading the pokemon, sacrificing other specific pokemons.

I’d be curious to know what it does pokemon of those who are “Strivers”, eats them? I hope not, I would fall a myth.

Like in a good role-playing game Pokemon, it could certainly miss the classic objectives to be achieved to earn a special prize.

Some of these are very succulent, so always try to reach as many goals as possible to earn the corresponding prizes.

An innovative feature of Pocket Monster, is the ability to train your favorite Pokemon or you can not use because they are too weak to fight (uhmmm you thought magikarp ??) 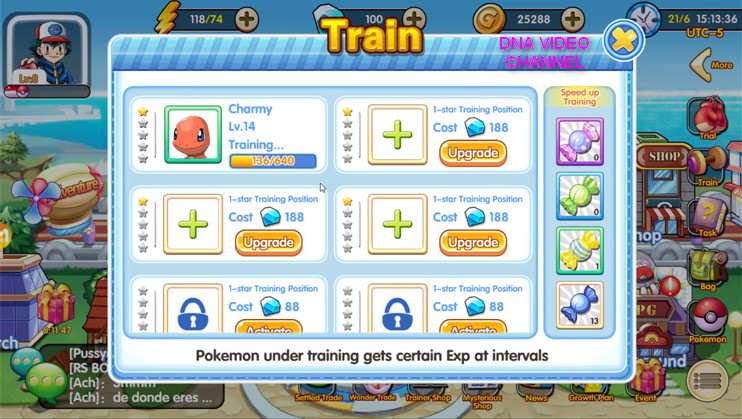 In this section you can decide on pokemon to train and possibly whether or not to buy more slots to train more than one pokemon at a time.

Until the fourth slot you can unlock them with only the buds, after also will serve instead of the specific VIP level, which means “buying” into play.