Android/IOS videogame by::
The Pokemon Company

The idea behind the game is very interesting.
Playable from start to finish completely free of charge.
A bit trivial for an adult audience.

Have you ever thought which pokemon might deserve to be the protagonist of a game?

One of the legendary pokemon?

No, none of these, The Pokemon Company, decided that the most deserving is Magikarp and is the protagonist of Pokemon Magikarp Jump.

You are wondering what to do Magikarp in a game of his own.

Perhaps the purpose is to make it evolve in Gyarados and with it beat all the other pokemons?

No, nothing in this, in Pokemon Magikarp Jump, Magikarp will have to do what he knows best and that we all know, that is, jump.

Your story begins when you meet convened by the Mayor of Magikarp.

You will be required to put your skills in training pokemon to bring the city’s fame to the ancient splendor.

You will have the job to look after 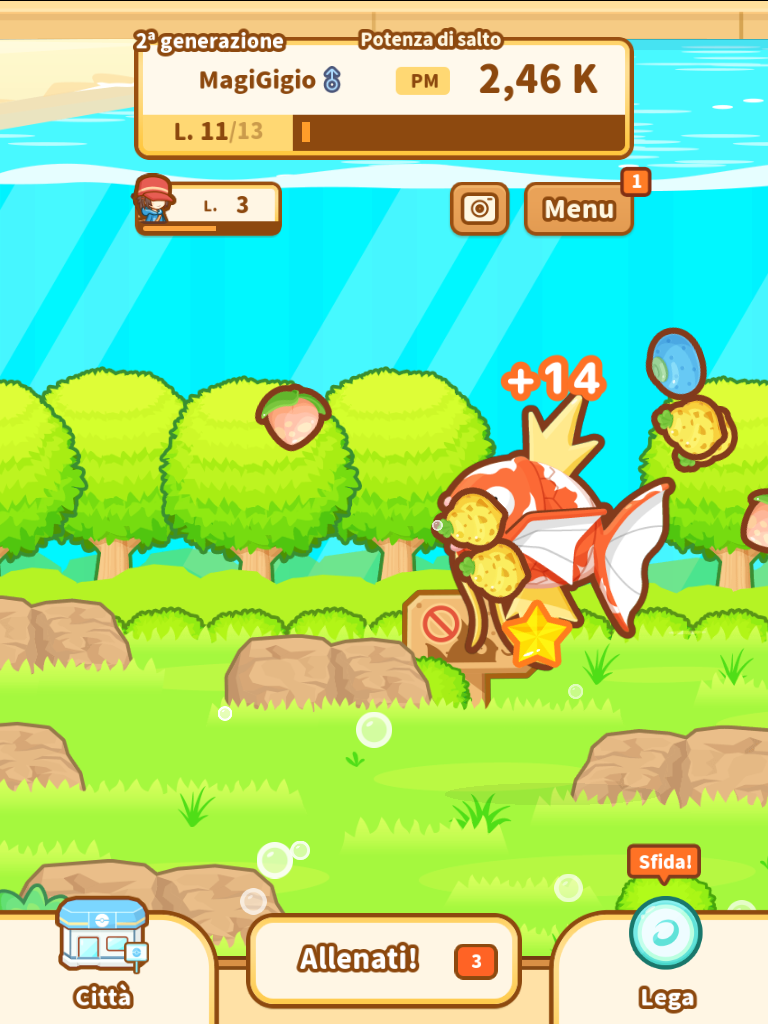 and train these useless pokemon to make them stronger in the jump. 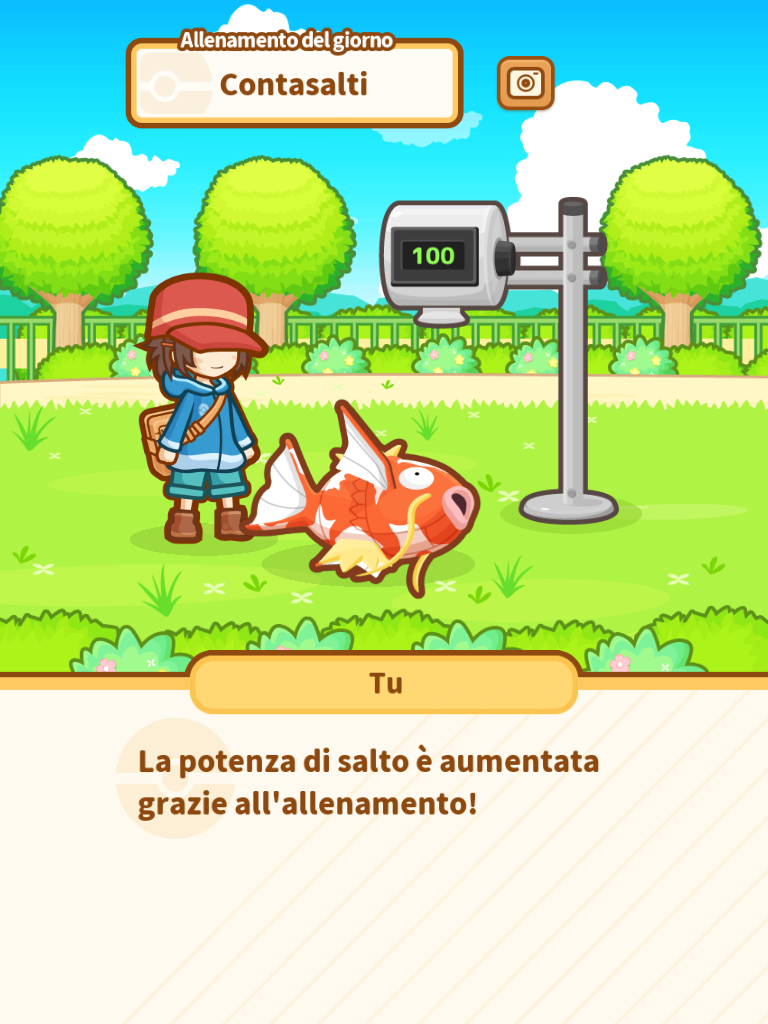 By doing so you will face and overcome your opponents and overcome the eight leagues until they become champions. 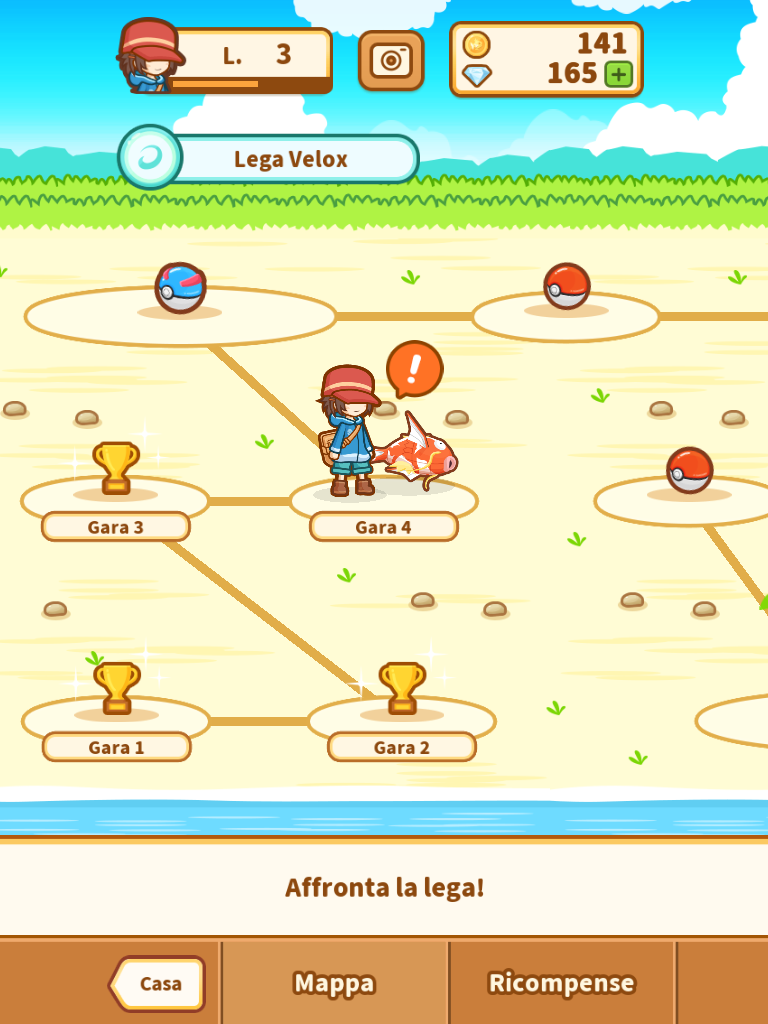 Be careful not to jump too high your Magikarp, otherwise it could be taken away by a Pidgeotto.

To be honest to me has not happened yet, but they say it can happen.

Both in terms of the food that the tools to train, can be improved with the currency of the game, also we can even decide to buy new equipment after reaching the necessary level.

The higher the level, the better the quality, the greater the amount of experience gained, so we can go up faster.

As with any good game worthy of this name, Pokemon Magikarp Jump offers several goals to achieve. 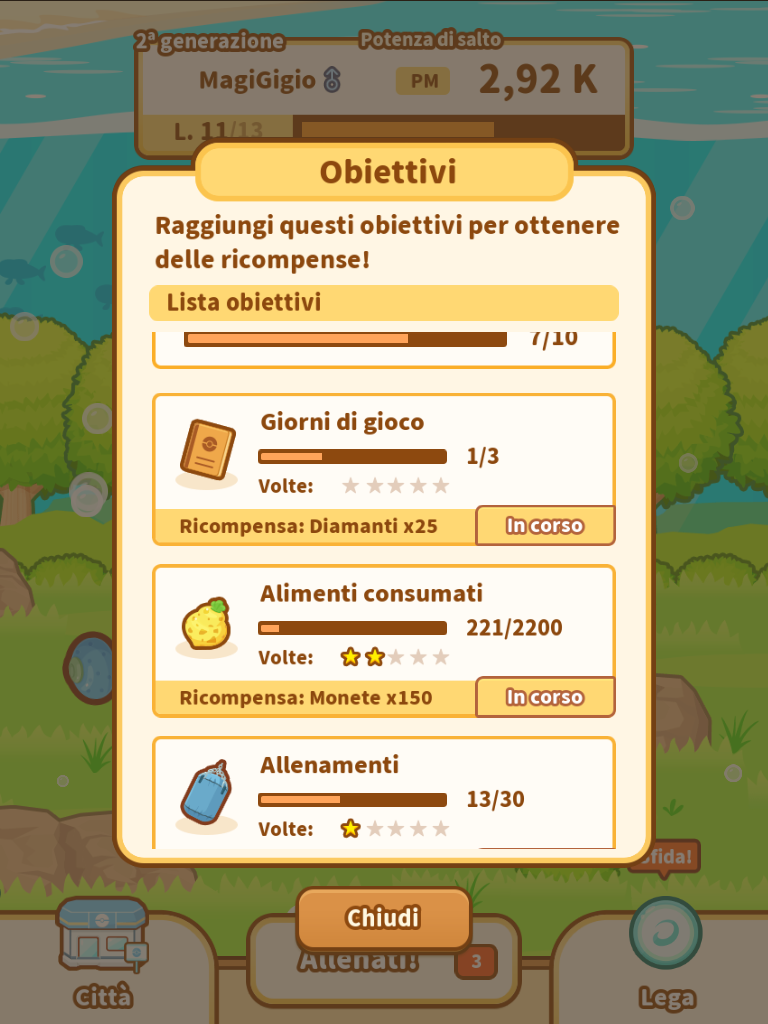 For each goal achieved, we will get a reward that can be either in game coins, which in diamonds.

The first, as already mentioned, they can be used for the improvement of food and equipment.

Diamonds, on the other hand, allow you to buy, the expensive element of the game, or decorations.

The decorations, as well as providing a nice graphic to see, they also offer small improvements that facilitate the training of magikarp.

The challenges of the game can not really be considered “epic”.

In Pokemon Magikarp Jump, in fact the only thing you have to do is see if your pokemon jumps higher than your opponent. 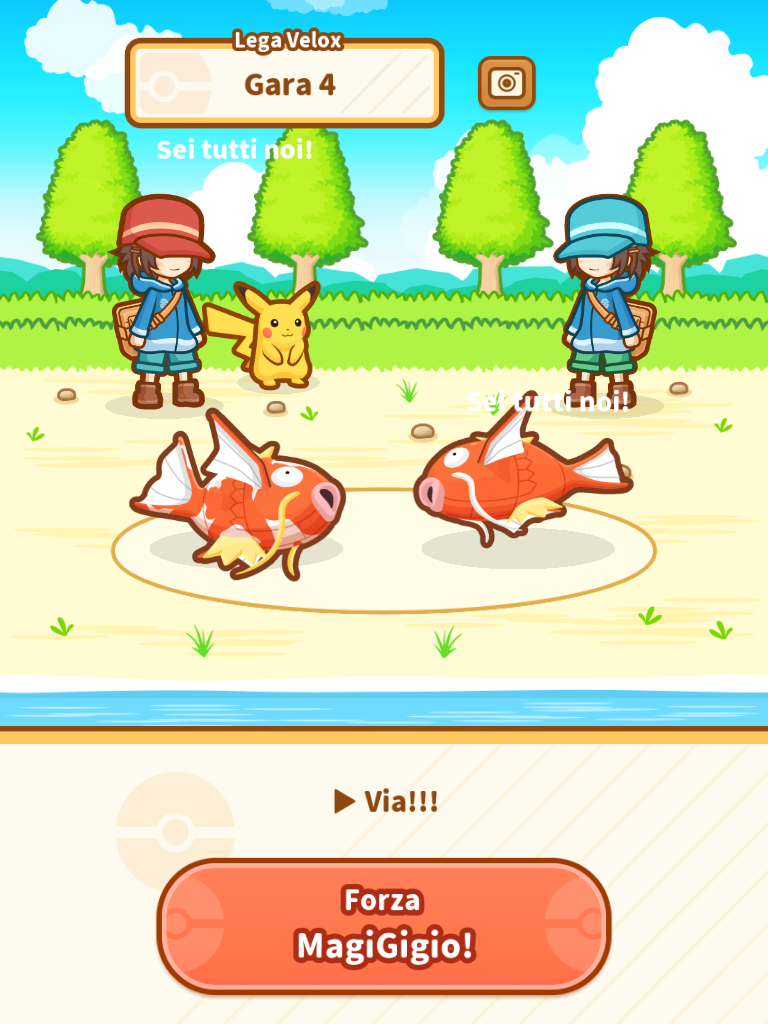 We say that the challenges are not quite exciting and maybe this is the big limit of this game.

Maybe if they had entered a sort of minigame that always exploited the jump Magikarp but a bit more intriguing, perhaps the game he was earning quite a bit.

After all, we already know that those of the Pokemon company, have good ideas but leave them in half, see Pokémon Go.

Maybe in the future it will be improved with other content, but at the moment it is not much.

Pokemon Magikarp Jump is one of the few games on the official pokemon in the android market.

I must say that the basic idea is very cute, and the game can be played to the end without spending a dime.

Certainly suitable for the younger audience, while adults can in many cases shake their nose.

Please leave your comments and subscribe to my YouTube Channel and my pages to keep up to date on my latest articles and videos.

It costs you nothing and you will increase my desire to continue writing and maintaining the blog.