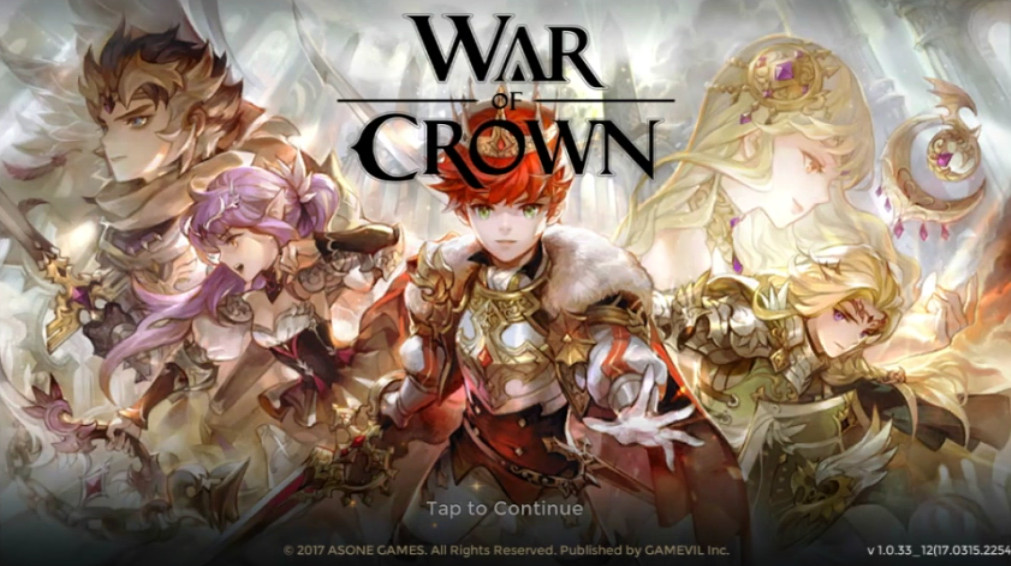 Review of: War of Crown

Game that is very reminiscent of the various tactical as Ogre Battle and Final Fantasy Tactics.
Graphically excellent.
High battery consumption, only playable online, in the long run a bit repetitive.

Hello and welcome back, as I promised I was here to inform you about the official release of the War of Crown game.

I had introduced it to this article:: Article on Closed Beta of the game already at the time of closed beta and i must say that after the official release the expectations have been rewarded.

Let’s see in detail what we find ourselves in the official version.

Here a short video of gameplay on my YouTube channel:

As promised, the GAMEVIL to those who had pre-registered in War of the Crown has given a lot of Garnets, the virtual currency of the game.

Very useful to buy the first characters and hope to find one with at least 5 stars.

Me and my lucky star do not get along, so as you can imagine I have found at most characters to 4 stars.

Let me know if you come out with a 6-star character, so i can safely hit my liver.

In War of Crown, we will face different types of missions based on what we want to achieve.

Experience, equipment or useful objects to increase the potential of our characters.

The way to deal with these missions is completely identical, that is, you have to defeat the monsters of the mission and try to bring home the prize.

Certainly said so seems a bit repetitive and perhaps at the initial levels it is, but the beauty of the game lies in trying to create the strongest team with your favorite abilities and try harder challenges.

Considering that at the initial stage you can also automatically set up the game and missions overcome them without any special problems.

In the advanced stage, when you already have different characters to 5 stars if not six, the most difficult missions cannot surpass certainly with the automatic, but you need to put your head and try to leverage your strengths and hit the weaknesses of the enemy.

War of Crown – Level and rarity of characters

As in any other game, even in War of Crown enhance the characters is essential.

The difference with other games is how to boost them.

Our beloved heroes have a level of rarity, level of experience and skill level. 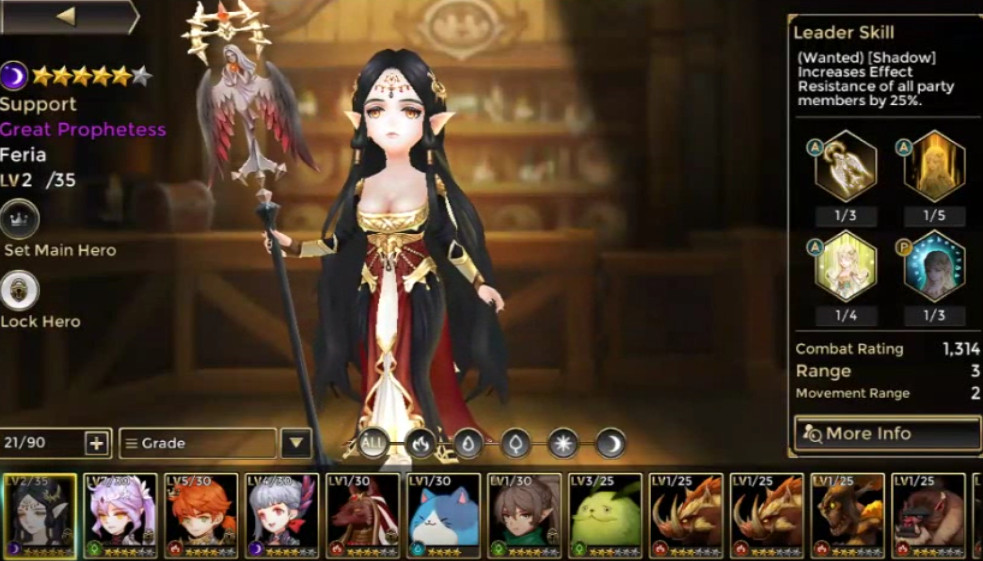 A character is much more powerful the higher the number of stars, and because it is statistically stronger, and because you unlock certain abilities that the lows are blocked.

The number of stars increases by bringing the character to the highest level of experience and using the recoverable objects as previously mentioned in certain types of missions.

Experience is gained in two ways: the classic, fighting in missions, or merging with other characters.

There are fairy crafts to give experience to the heroes, even these recoverable from certain missions.

These can be increased by sacrificing heroes of the same type and level.

The skill will be increased in a completely random among those available.

The level of characters in War of Crown is fundamental, as I just said.

But there is something equally important, that is the equipment.

Having a good equipment means overcoming the toughest missions where even the strongest characters might get stuck.

As with heroes, even the rarity of the equipment is indicated by the stars.

Equipment can be improved in two ways, or by increasing the experience of the same by merging it with other equipment, preferably less.

Or, just reach the maximum level of experience, merge it with another piece of equipment of an equivalent level to unlock the next level of rarity.

War of Crown – Playable for free or bottomless pit?

War of Crown, as well as all other Gamevil games, have the advantage of being playable without having to spend even a penny.

Okay, you will not be the strongest in the game, you will put a life in order to have your favorite 6-star characters, but you can still enjoy the title.

You will earn Garnets by completing missions, participating in events that will be offered or simply logging in daily.

As for the events, for my personal experience, Gamevil is very active.

It often offers very profitable events and, above all, to keep alive the attention to the game, introduces from time to time novelties that increase the longevity of the game.

I think it will be so for War of Crown, we will however be attentive to developments.

Finally after so long War of Crown was released.

I must say that I had certain expectations about the game that so far have been retained, of course we will see later how to continue.

As I told you War of Crown is playable for free without any problems, it has a lot to remember about the likes of Final Fantasy Tactics and Ogre Battle.

The graphics and gameplay is modern and in step with the times.

UPDATE: The download links from the playstore and iTunes have been removed, for info refer to the official page of the game:

A nod to me is an incentive to keep this blog alive.

Hello and to the next time